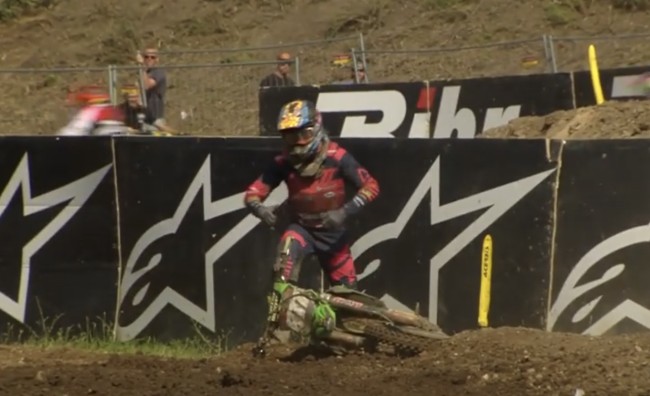 Adam Sterry got the short end of the stick in a second moto battle with his teammate Henri Jacobi in Germany and he wasn’t too happy about it!

Sterry felt Jacobi had put him done but at the end of the moto when the Brit confronted the German, Jacobi refused to back down and didn’t seem to feel he was to blame!

Word in the paddock is tempers flared after in the pits and Jacobi then punched Sterry! More as we get it.