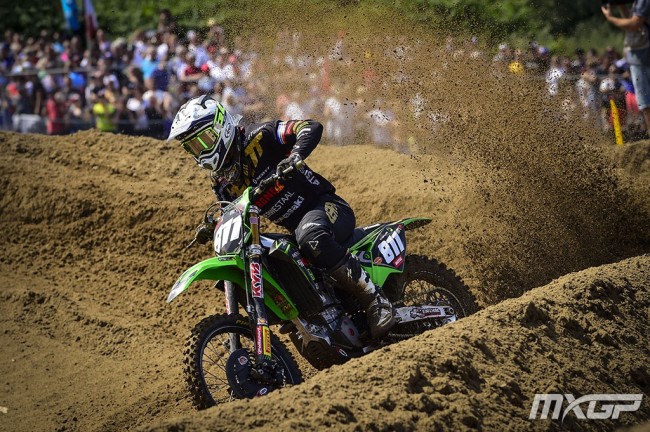 Adam Sterry and Henri Jacobi ended up together again but this time no punches were thrown!

Jacobi went down in the deep Lommel sand and Sterry could do nothing but run into his teammate, fortunately both were able to get up and get going in peaceful fashion.

Unfortunately for Sterry, who had a brilliant third in race one, the incident ultimately saw the Welshman come up just short of the podium with a 3-6 for fifth overall, just one point shy of getting on the box.

Sterry though was impressive all weekend and said: “I was happy with my riding all weekend, but of course a little disappointed in the end as the podium was there until the crash in the second moto. I couldn’t see Henry’s bike on the ground as it was behind a jump and that crash cost me this podium. Again I missed it by one point, but I have to take the positives and I was happy with my starts and my riding.”