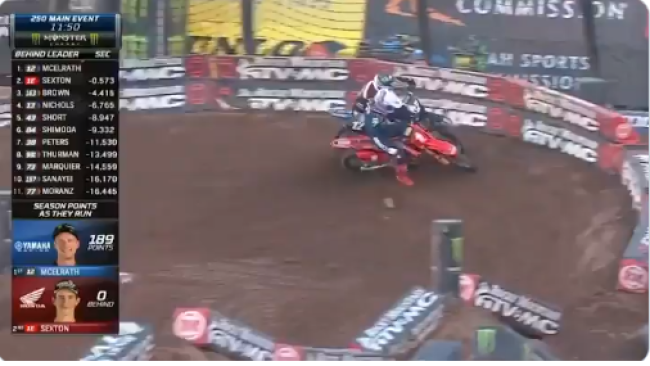 Chase Sexton had to come from behind Shane McElrath during the penultimate round of the 250SX East Coast Supercross series but he managed to make it happen and now has a championship lead of six points behind the final showdown on Sunday.

“I just knew I was good through that rhythm section and knew I could get close to him. I got really good drive and just thought, right I need to make a pass here. It was good, it was pretty aggressive but also I didn’t want to give Shane another chance to get back at me on the next corner. I had to make it stick and from there on I tried to sprint away and hit my marks as good as I could while going through lappers. The track was really good and I enjoyed that main event”, Sexton stated.