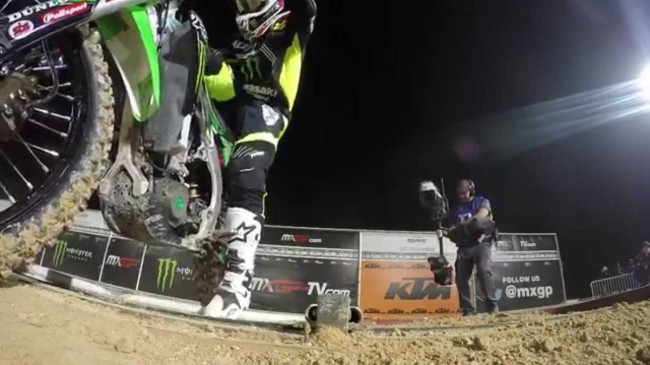 There were conflicting reports coming out of Qatar after RV appeared to stall as the gate dropped for the first moto. People within the team blamed an electrical issue that they had during testing but David Vuillemin claimed that his source in Qatar said RV simply stalled the bike.

Maybe the truth lies somewhere in between but you can try and decipher what happened for yourself in this video. You can bet both Kawasaki and RV won’t be having a repeat problem this weekend in Thailand!