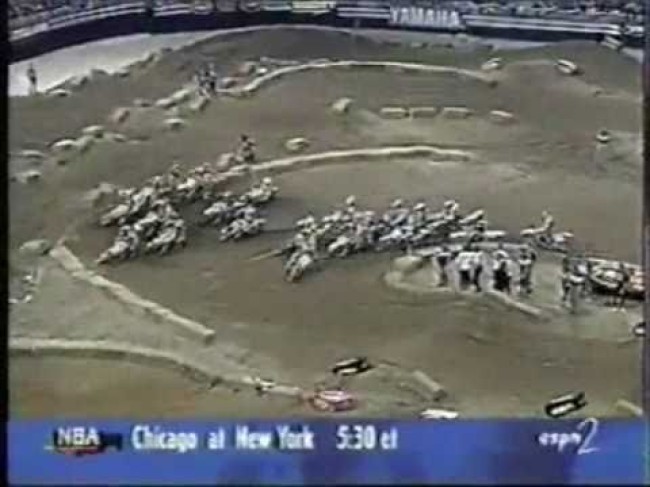 It looks like Valentino Rossi has been watching too many Cooper Webb and Justin Barcia take – out attempts with a little Dylan Ferrandis kicking action added in!

Rossi got caught up in his own mental game and brake – checked Marquez for daring to pass him, then put his leg into Marquez’ bike knocking his bitter rival off.

Amazingly Rossi wasn’t disqualified much to a very angry Lorenzo’s disgust but the Italian will have to start from the back of the grid at the final round in Valencia in two weeks. Rossi will go in as championship leader with a 7 point lead over Lorenzo but the take – out may have cost him his tenth world title.