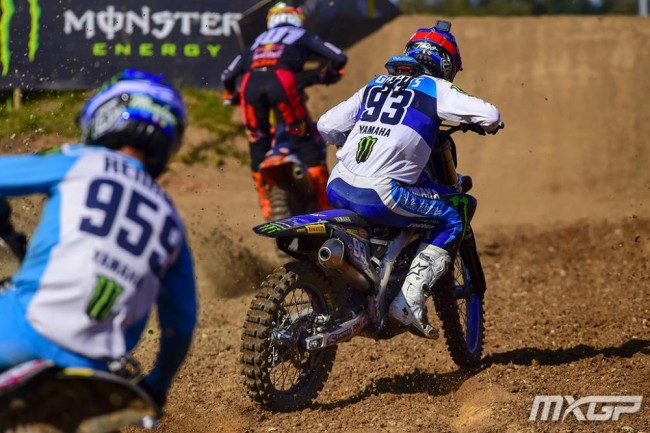 Maxime Renaux and Jago Geerts battled in both motos but championship leader, Renaux was the man who came out on top against the current runner-up in the championship in both motos to get on the podium in third with Geerts, who had someone on his back wheel all day, ended up fifth despite a decent ride!

See the action and get their views on the day below:

Renaux: “I think I tasted all of the rocks from Lacapelle. I had to fight so hard. I had two similar motos in the end. I started both races inside the top-12 and had to fight like never before because this track is not an easy track to pass. It’s very tricky and small in places, but anyway, I managed to find my way through. Honestly, I am super happy with myself today because I did all that I could. It’s bittersweet because I feel like I gave 100% and it’s my home GP and I really wanted to win, but I have to be happy with myself and how I was riding. I gave it my all.”

Geerts: “It was a good day for me. Last night I felt really bad and needed to throw up a couple of times. This morning I didn’t even know if I could ride. I was really unwell, so I’m really happy with 5-4 moto scores. Now I will rest this week and hopefully feel 100% again in Spain.”

Benistant: “The weekend was not so bad. I struggled a little bit with my starts and my feeling on the bike was not the best today. The result was not too bad, but the riding itself could be improved. Sometimes we have days like these. It is what it is and I look forward to the next one.”