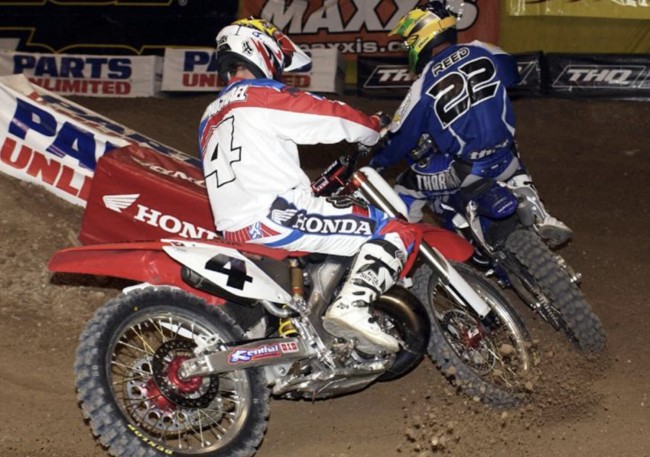 It marked the beginning of a heated rivalry between two supercross legends.

The US Open ( the equivalent to the MEC these days) marked the end of the 2002 season and that year’s dominant 125 East supercross champ Chad Reed went head-to-head with the 2002 250 supercross champ, Ricky Carmichael.

RC wanted to let Reed know he was still the man, but the confident Australian wasn’t backing down and showed Carmichael he would be a big challenge in the 2003 supercross series. The mind games were out in force and led to some hard racing on a tight track!i

Reed would go on to win more races than Carmichael in that 2003 250 supercross season but RC would edge the championship by 7 points after Reed suffered a couple of crashes and a malfunctioning seat that fell off his Yamaha earlier in the season, ultimately him the title. But when it came to speed, Reed was faster and it didn’t sit well with Carmichael who had been used to getting things his own way since he dethroned McGrath in 2001.

See the battle and Reed’s forthright comments on the race below: