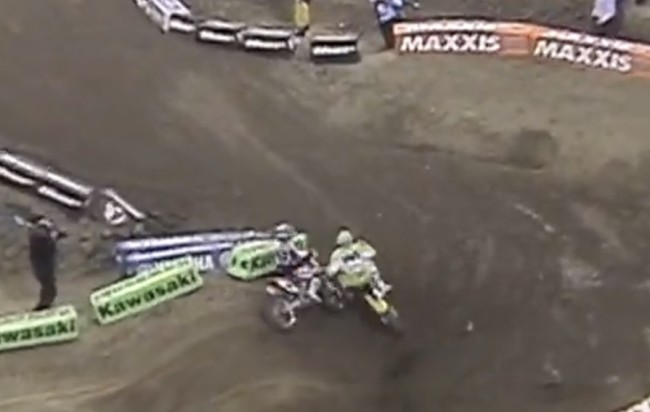 Some great footage from 2002 Indianapolis supercross by Gary Bailey who was coaching Travis Pastrana at the time – but it didn’t go well for the charismatic Suzuki star when he ran into RC!

And Pastrana said after watching this footage all these years later that it was, “one of those days you wish you had back.”

There is also footage of the 125 class that included Mike Brown (3), Grant Langston (111) and Chad Reed (103) with the Aussie in his first year in the States!