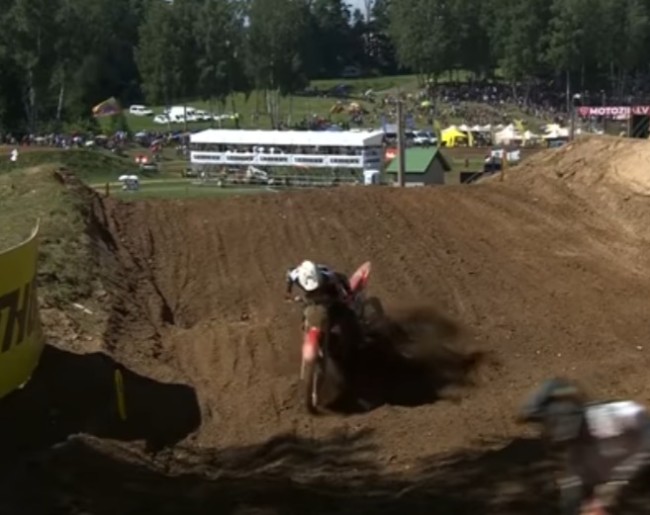 Ivo Monticelli took a big crash on his Standing Constuct GasGas during the MXGP of Latvia. Thankfully he’s okay and will race again on Wednesday – he’ll be looking to put a difficult return behind him.

“It was great to be racing MXGP again but not the weekend I hoped for. In the 1st race I was going well, before having quite a big crash on the jump at the far end of the circuit. I was ok but my bike was too damaged to re-join the race. In race 2, I was involved in the 1st corner crash with many riders. When I was able to pick my bike up it was clear that it wasn’t possible to continue because of damage from the crash. It’s really difficult for me to accept, leaving races like this. However, we’re racing again on Wednesday, so I need to stay focused and get some points on the board for myself and the Standing Construct GASGAS team”, Monticelli stated.