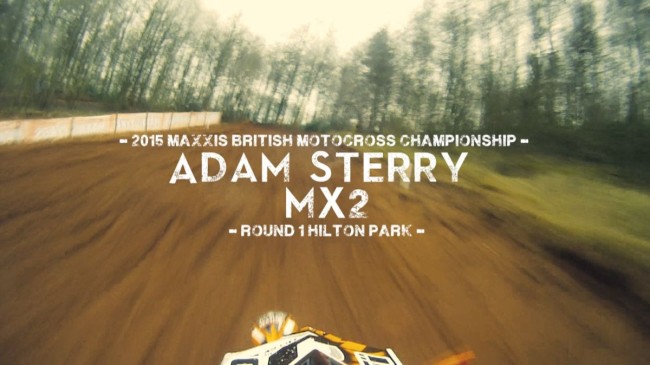 FUNCHAL, (Portugal) 17 September 2015 – Youthstream and Milestone are pleased to announce MXGP2 – The Official Motocross Videogame, scheduled for launch in February 2016 on Xbox One®, the all-in-one games and entertainment system, PlayStation®4, and Windows PC®/STEAM™.

A pulsating mechanical heart, powered by petrol and immersed in dust and mud, forged in the flames of the furnaces of master mechanics – the sound of the engine roaring in your helmet – the vibrations of the bike, every judder and jolt felt by players around the world, clutching their gamepads: these are the concepts guiding the development team working on the new chapter of the videogame series dedicated to one of the most adrenalin-charged, competitive, and spectacular two-wheel motorsports out there.

The stars of this new title are the riders, the teams, and the circuits of the 2015 season that have kept spectators glued to their screens and on the edges of their seats right up to Romain Febvre clinching the world title at the MXGP of The Netherlands on 30 August. As if that weren’t enough, MXGP2 ups the stakes: the game covering the 2015 season brings a breath of fresh air, along with a blast of exhaust fumes, with the introduction of vehicle and rider customisation, indoor arena events, and much, much more. MXGP2 will ensure players keep one hand ready on the throttle, placing them firmly at the centre of the videogame experience.

The career mode is present and correct, alongside on-line and off-line modes to challenge players and push their gamepads to the limits, right up to the ultimate test: winning the title of undisputed motocross champion, standing shoulder to shoulder and riding bar to bar with leading names in international Motocross racing, like Ryan Villopoto and eight-time world champion Tony Cairoli.

Luisa Bixio, the VP at Milestone, says “Motocross is a thrilling and spectacular sport, bringing together a dynamic, enthusiastic community of fans, who are always ready to share their ideas for new features and ideas with us.” She continues, “After our experience with MXGP, and its positive reception from critics and fans alike, we got to work on developing MXGP2. The passion that the development team working on the game are putting into every detail, and the expertise they have built up working on titles for the current generation of consoles, allows us to create a product that will satisfy the needs of all motocross fans.” Luisa Bixio concludes by inviting “everybody to warm up your engines, and get ready for an adrenalin-charged and passion-driven experience.”

Developing by Milestone S.r.l., Italy’s premier developer of videogames for gaming consoles and PC and world leader in the development of videogames dedicated to the world of motorcycling at Milestone studios in Italy, MXGP2 – The Official Motocross Videogame is scheduled for a February 2016 launch on Xbox One, PlayStation®4 and Windows PC®/STEAM™.