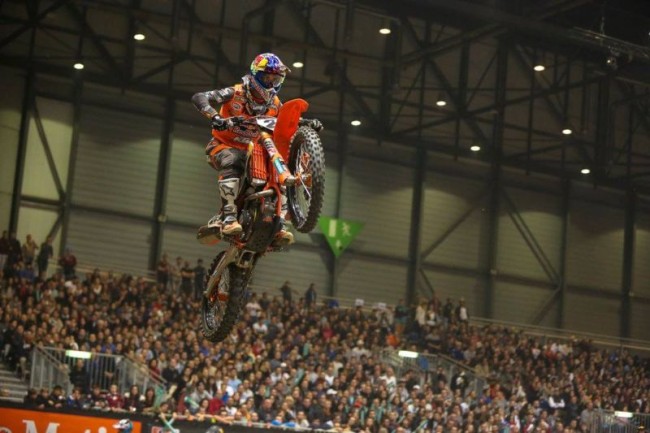 Marvin Musquin won the second night in Geneva to make it a clean sweep of race wins and serve notice that he will be one of the favourites going into 2017. Musquin passed Justin Brayton for the his fourth win in four races when you take into consideration his two wins at the Lille supercross a couple of weeks ago.

Justin Brayton finished second with Malcolm Stewart finishing third ahead of Justin Barcia in fourth, making it all the more incredible Malcolm still has no deal sorted for 2017! AX UK champ showed his credentials with a fifth place finish.

You can watch Musquin’s pass on Brayton for the win here: