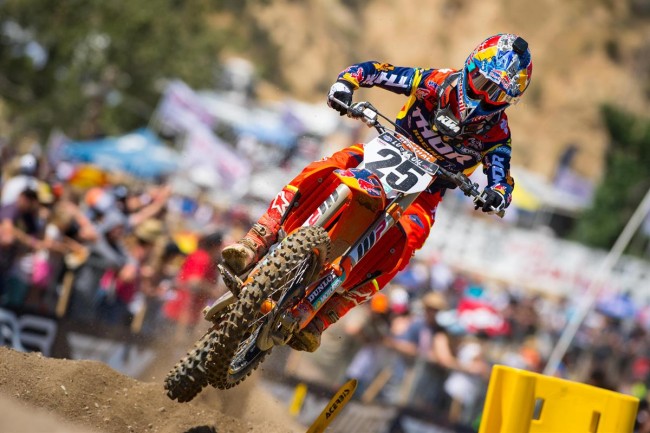 Marvin Musquin is fresh off his first 1-1 in the 450 motocross class in America at Millville and the Frenchman is looking fast as he gets ready to race at Washougal this weekend.

The KTM rider, who was leading the championship until suffering a knee injury, now appears to be fully fit again and has regained the confidence and speed to win races.

Musquin said of the his win: “The track was really technical and really challenging, we made the right changes on the bike and it worked really well. I was able to get a holeshot in the first moto which helped, just tried to pulled away from those guys and it worked really well. In the second moto I wanted to do the same, I was like eighth place and Eli was in front of me and I thought, ‘that’s going to be a battle.’ But unfortunately for him he went down on the first lap and it shows how tough that track was. I was able to lead the race, Baggett was behind and trying to give it a run but I was trying to be consistent and I pulled away from him at the end. Just going 1-1 is a dream come true right now, it’s amazing.”

See Musquin in action at Pala below: