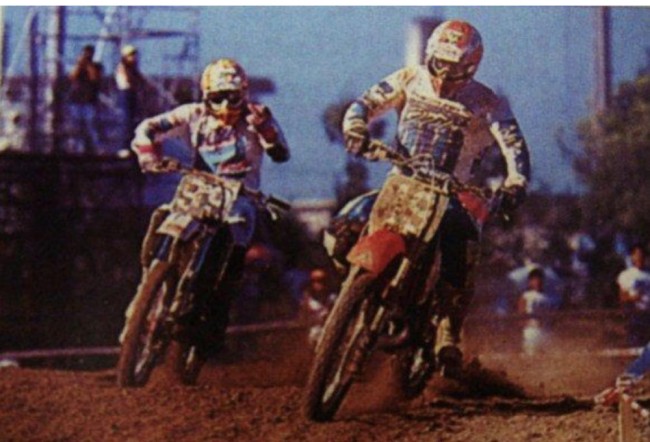 Mike Healey talks about his career as a motocross rider, his off-track troubles and getting married three times to the same woman during a fascinating two hour chat with David Pingree and Grant Langston on the Whiskey Throttle Show.

Healey came within a whisker of the 1991 world title (he didn’t score in the first round not the first three rounds as he stated) but missed out by four points thanks to Honda bringing in Jeff Stanton who went 1-1 at the last round with Healey hitting the deck during the pass for the lead in race two in Japan. It meant Jeff getting punched by a frustrated Mike after the race with defending champ Puzar only ten points off Parker despite missing the previous two rounds with injury in a tight three-way 250 world championship battle in the 11 round series.

See that final 250 1991 world championship Japanese round against Stanton, a review of Healey’s 91 season plus some action from the stylish and aggressive Healey during his 125 KTM days and from 1988 his debut 125 GP season on the Cagiva against Strijbos and Bayle, below: