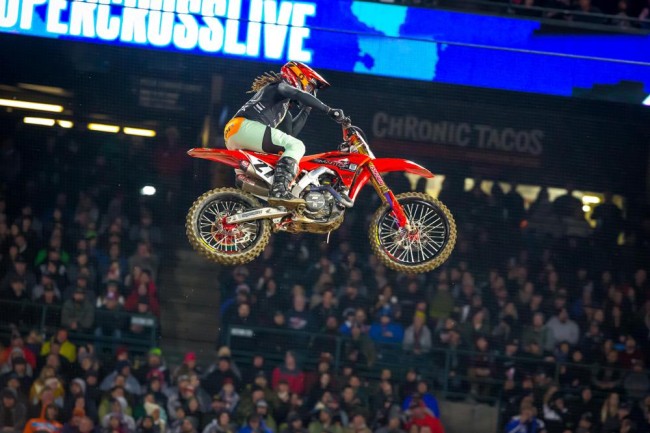 Malcolm Stewart was riding great again at round two at Glendale but a scary endo in the whoops meant Stewart went down really hard and stayed down forcing the main event to be red flagged so the MotoConcepts Honda rider could get medical attention.

Unfortunately the MCR team have confirmed that Stewart has broken his femur and will get surgery tomorrow, a huge blow for the rider who looked to be filling his potential on the 450 this season in supercross.