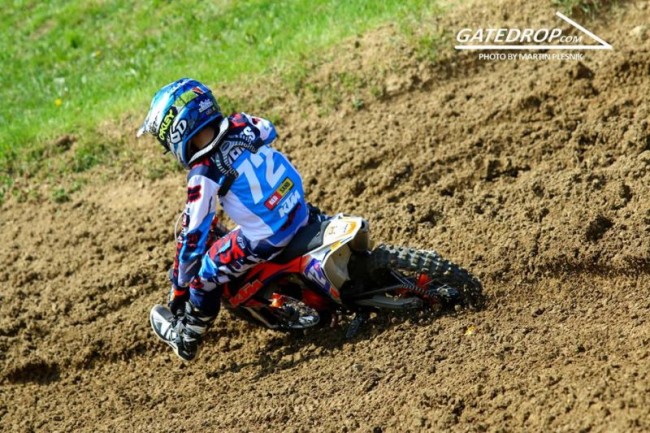 Liam Everts is currently in New Zealand training with Ben Townley but he clearly hasn’t forgotten his dad’s standing up technique in the ruts!

Liam keeps his feet on the pegs around the rutted turn eerily similar to the technique his father used during his career and deployed to pass James Stewart in 2006 at Matterley Basin!

See Stefan passing Stewart using the same technique at 2 minutes  11 seconds on the video below in his last ever motocross race: