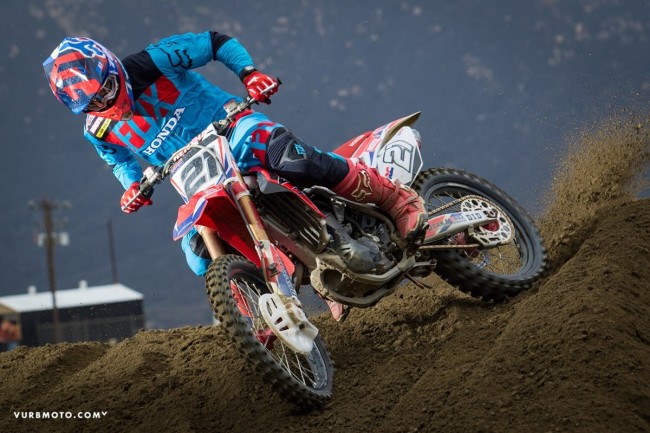 Ken Roczen did a Tim Gajser at the MEC!

Just like Gajser did at the SMX one week before, Roczen won race one and was leading race two only to go down big time! It ruled Roczen out of the running for the overall and even more annoyingly for the German ended his likely chance of winning 1 million dollars.

Roczen came back to win race three meaning the crash in race two effectively cost him a million bucks, but one thing is for sure, Roczen looks awesome on the new Honda and says he has only ridden the bike nine times!