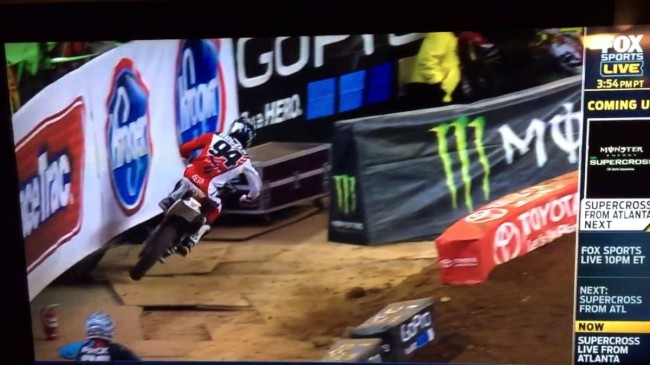 A big crash, a bad start and another big crash (below), summed up Ken Roczen’s horrible day in Atlanta, Kenny is now 31 points off leader Ryan Dungey and slipped to third in the standings.

Things have unraveled pretty quickly for Roczen after he went 1-2-1 at the first three rounds and had a 12 point lead, then he cased that triple at round four and hasn’t been the same rider since.

Here is a reminder of that crash from Oakland:

The German has taken some big hits recently, but thankfully says he isn’t seriously hurt and will continue to fight hard for this championship!