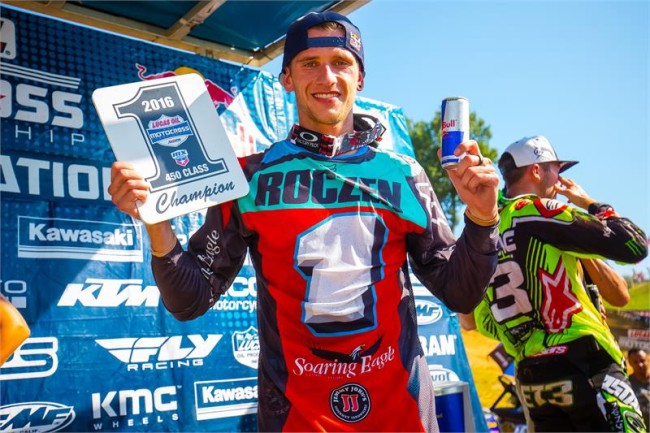 Ken Roczen has posted a very cool video of when he raced a 450 when he was only 13 years old!

The German said his bike broke so he borrowed the 450 and raced anyway!

Just two years later Roczen won his first ever GP for Suzuki on a 250 machine at just 15!

See the race footage below:

This one time. My bike broke at a race. I was 13 years old. Borrowed a friends 450. So I raced that thing lol. What ever I could get my hands on. Haha