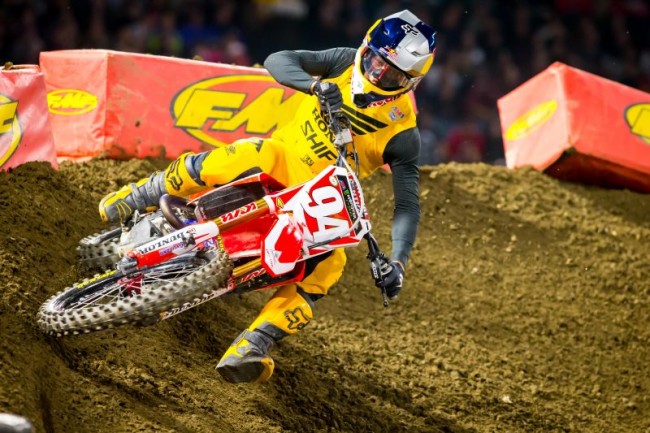 Ken Roczen is already back on his exercise bike despite still requiring around four operations on his injured arm!

The determined and mentally strong German has vowed he is young and strong and will do everything to get his arm healed to as strong as it was before the injury, stating: “nothing is impossible.”
Roczen doesn’t know when he will be back yet, but he is going to give it his all in his recovery. You can read his full, positive statement here:

It feels amazing to be spinning a bit. Not from the drugs but my legs. Closing all the cuts up and taking out some metal tomorrow for swelling and hopefully start preparing my arm piece by piece starting Friday. I can guarantee you that I will be doing everything to get that arm back close to perfect. Still have to wait to really know how long it is gonna take but I am young and strong. Nothing is impossible