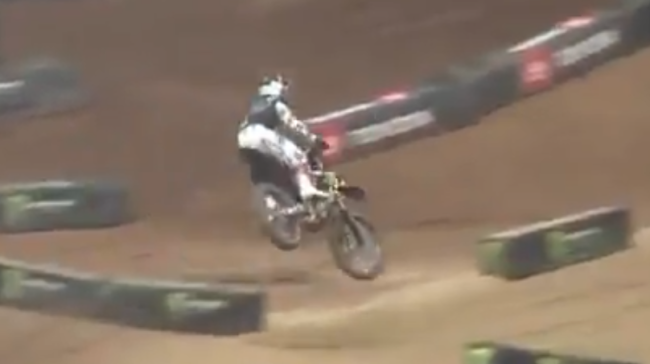 Justin Cooper had a scary moment during Q1 at the Glendale AMA Supercross taking place this weekend as he had a pretty big crash. After taking a while to get back to his feet he was able to remount and still posted the second quickest time during Q1. Hopefully Cooper won’t have any after effects from the crash either.

Scary moment for @justincooper32 😳 Still gets up and posts the 2nd quickest time 💪 #SupercrossLIVE pic.twitter.com/ZkDM1pBPQV