Video: Jett Lawrence – I was willing to put everything on the line 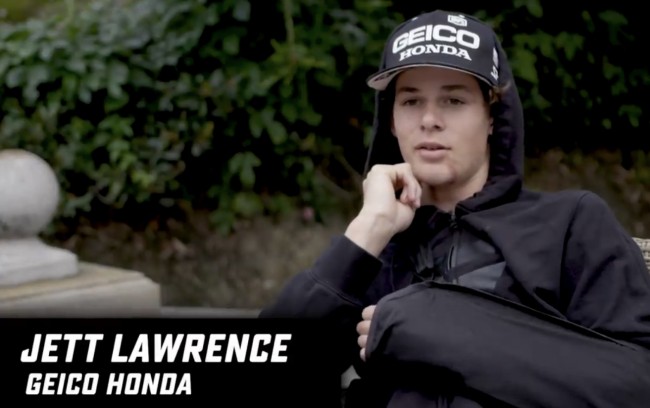 Jett Lawrence said the opportunity to win a race at just 16 meant he was willing to put everything on the line. The Aussie has spoken about leading and crashing that led to a broken collarbone and heartbreak for the talented 16 year old.

“I was doing anything I could to try and get over the finish line first. There is definitely some regrets. I was trying to get my first win and that was the closest thing I had. I was just going for it, I wasn’t thinking, ‘I’m just 16, I can still have plenty of wins.’

“My drive to go and win at that moment was through the roof. I obviously regret going for it because I ended up with a broken collarbone now. As a racer when you are that close you aren’t going to take second without putting up a fight.”