Video: Is Desalle the MXGP dark horse for 2017? 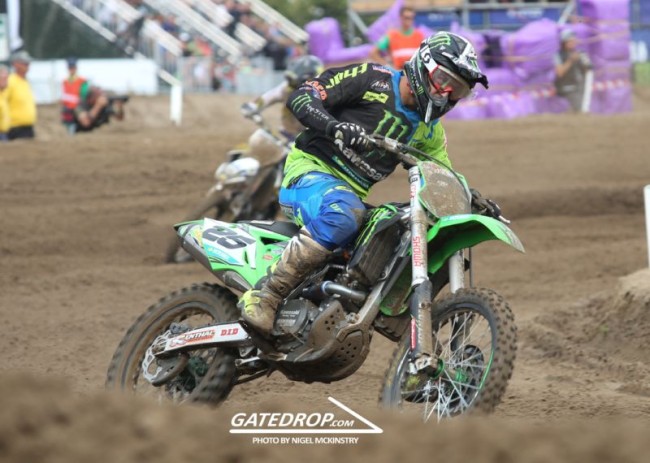 As Clement Desalle prepares to make his 2017 debut this weekend, it appears he is the forgotten man at the sharp end of the MXGP field.

But before his injury prior to Qatar last season Desalle was in blistering form on the Kawasaki and the year before was leading the world championship series, don’t forget he was the man who had just passed Ryan Villopoto when the frustrated American looped out in memeorable style.

Desalle even won a race on his comeback last season even if he admittidely wasn’t on the same level as he was prior to his injuries.

Desalle was awesome at Hawkstone last year and looked to have adapted to the Kawasaki well after years of Suzuki, it was looking like he was going to be a title contender again until the injury bug bit him.

Now, with one year under his belt and coming in under the radar, the quiet but tough Belgian might just make the big four the big five this season. Desalle isn’t one to embrace the spotlight, he likes the quiet life with the friends he trusts, but on the track as we have seen before, he has the heart of a lion and isn’t intimidated by anyone.

He was the only rider to get under Cairoli’s skin and threaten the Italian during his dominant years, so he won’t be worrying about racing hard against the young kids like Herlings and Gajser!

Keep an eye on him at Hawkstone, he might just just show a glimpse of what he can do in 2017, he just has to stay healthy to prove it!

Here is a brief look at him in action as he prepares for the 2017 season:

Was fun to ride yesterday with the team of #johnvandenberk at a nice track with perfect weather. #cd25