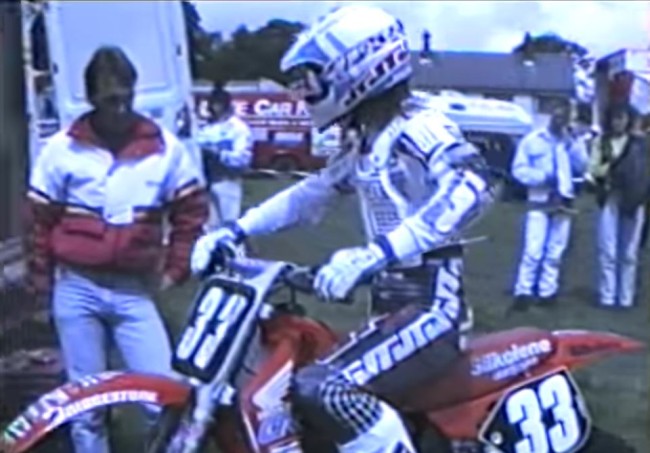 See local hero Alan Morrison get ready for the 1990 Irish 125 Grand Prix at Killinchy alongside Dutchman Edwin Evertson and South African, Ryan Hunt. Then get a look at practice that includes a glimpse of the man who would go on to be world champion that year, Donny Schmit (65), plus Mike Healey (3), Bob Moore (4), Andrea Bartolini (5) and more.

Morrison had just come off winning the British GP at Hatherton Hall and then got on the podium with third overall (behind Donny Schmit and Bob Moore) in front of the cheering Irish fans at Killinchy to mark the best week of his motocross career, he would finish that year tenth in the world championship.