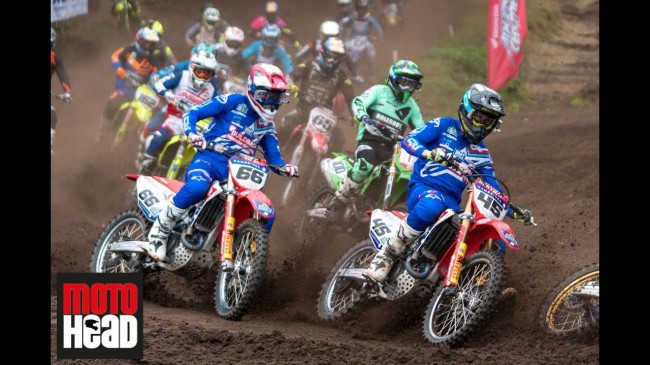 It was a case of coulda, shoulda, woulda for Hunter Lawrence who could well have won the overall at Fox raceway if it hadn’t been for this first moto crash with Jordon Smith!

Lawrence was running third and had the fastest lap of the race but the oil cap had been dislodged by a stone and the Aussie said he felt he was losing power prior to the crash that would cause an eventual DNF when he couldn’t restart the machin.

Lawrence then looked set to win race two after running down championship leader Adam Cianciarulo but tipped over and ran out of time to get him back finishing second. But he showed any doubters in America what the rest of the world already knew – he is the real deal!