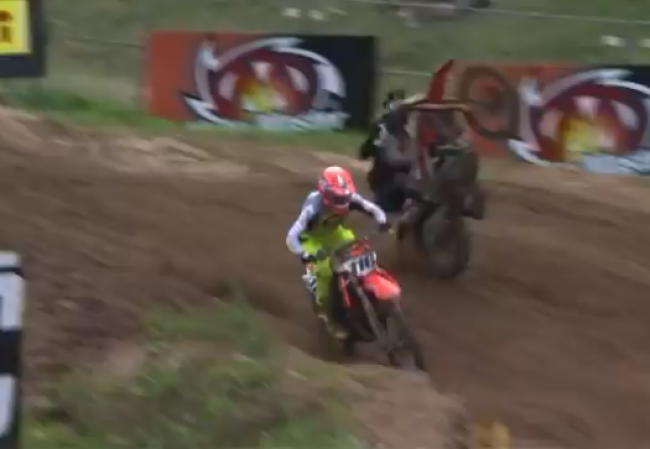 Tim Gajser took a huge crash during the first MXGP moto at Riga which eventually saw him pull out of the opening race. The MXGP World Champ did race the second moto though and came home in fifth.

😱Take a look at Tim Gajser’s huge crash in the MXGP race 1!😱It was good to see the defending World Champion line-up for race 2…#MXGPRiga #MXGP #Motocross pic.twitter.com/hsfzrMZ1gq