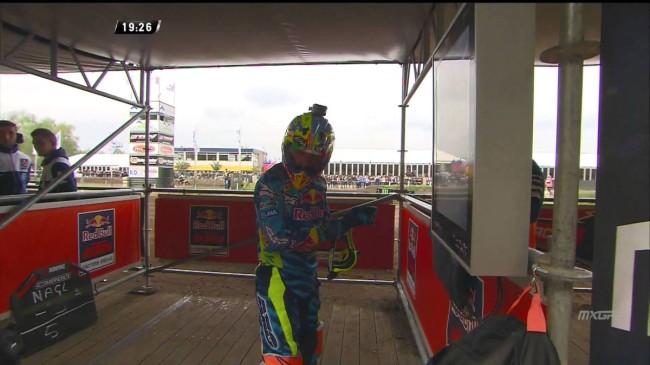 Antonio Cairoli DNF’d the first moto at Valkensawaard after a huge get off while in second place in race one.

In race two Cairoli struggled to a seventh place after his hand went numb. Cairoli immediately went for an X-ray to see the extent of the damage.  Cairoli is now 30 points behind championship leader Nagl and 25 behind Desalle.

The race was won by Gautier Paulin who went 1-1 who is still 36 points behind leader Nagl but has put himself back in championship contention after a blistering performance in the sand.