Video: Herlings takes issue with Everts’ view on his BT pass! Who is right? 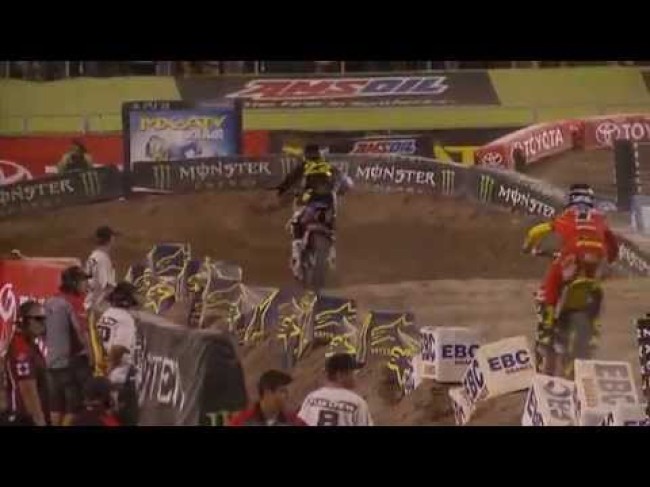 Jeffrey Herlings has disputed Stefan Everts’ claim that his pass on Ben Townley was ‘unnecessarily aggressive.’

The incident (video above) left Townley on the ground and with an injured knee, but Herlings insists he wasn’t to blame and has a lot of respect for Townley. The Dutch flyer said he wouldn’t want to injure anyone and felt the pass was fair.

Herlings said on Facebook: “Hello everybody. Just to put some things straight, I did not take out Ben Townley last weekend in Valence as you can see in this video. I only out braked him, and did not even touch him. I know Ben very well, and he is a great athlete and ambassadorfor the sport. I know what it is too have injuries, I came back from 2 very bad injuries as a broken femur and a dislocated hip so I would not clean somebody out and make him injured on purpose, I know this sport is already dangerous enough.”