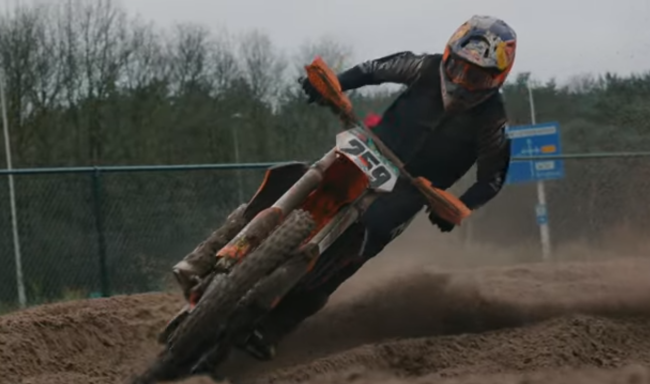 The Dutch talent who will race Factory Gas Gas in 2020 after the Standing Construct team made the switch is still practicing on a KTM at the moment.

We got in touch with the Standing Construct team and they confirmed that developments are being worked on the GasGas in Austria but it won’t be until the end of the month at the earliest before we see what the bikes will look like.