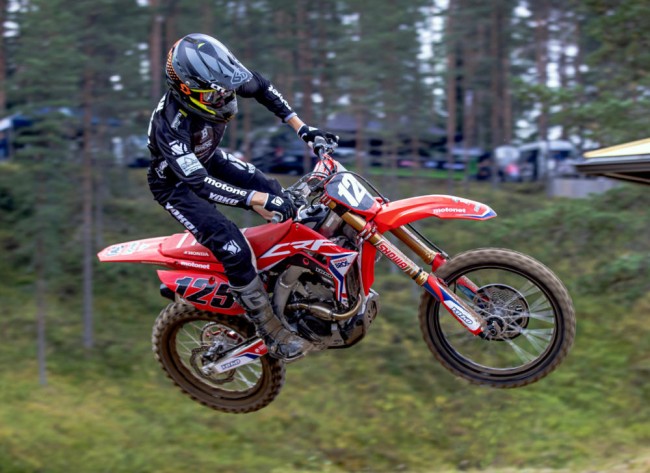 Kids, they grow up so fast! Remember Emil Weckman, a double Honda EMX150 series European champion from 2015 & 2016? Well now he is back on Honda and he is taller than ever (178 centimetres to be exact).

Emil’s three last seasons have been difficult mostly due injuries and he only got back on the bike 6 weeks ago. He has been practicing a lot on Honda CRF250R and raced the last few Finnish nationals with his former Team Manninen Bros Honda, but now he got chance to ride the rest of EMX250 series with Honda Assomotor team. Emil tested with the Assomotor team last month and was really happy with the bike and the whole team. He is excited to be back on International race scene this weekend at Mantova sporting his familiar #125 number. But enough text here, check out the mashup video we made with Emil’s 2015 season ending clip and some new stuff!