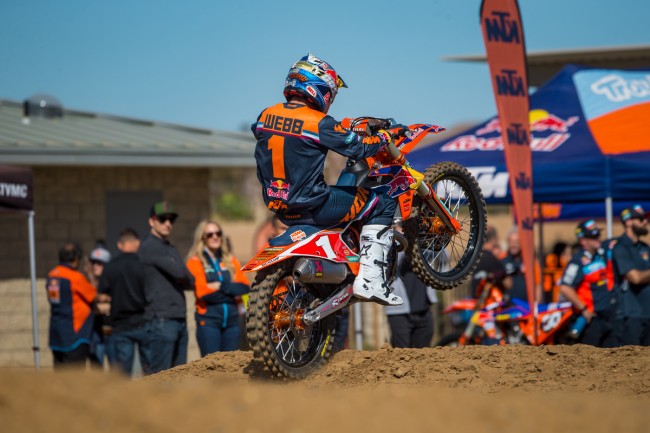 See Cooper Webb in action as the 2019 supercross champ gets ready to defend his supercross title.

Webb was recently in Monaco to get his world supercross title award where got to meet fellow dirt bike world champions, Jorge Prado and Tim Gajser, plus a host of other motorcycle champions at the glitzy event.

But now it’s back to reality and pounding in the laps in Florida as Webb, with teammate Musquin injured, carries the entire hopes of the Red Bull KTM squad on his shoulders.