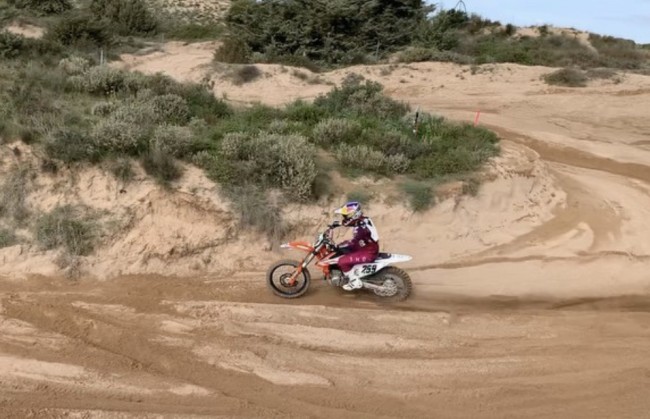 Glenn Coldenhoff is out in the sand dunes at Riola Sardo as the factory Gas Gas man gets ready to come out swinging in 2020.

Coldenhoff went down hard last pre-season at Lommel and didn’t show his true form until halfway through the 2019 season. Now, after his brilliant end of the season, Coldenhoff is getting his winter work done and is injury free, so can he contend for the title?

Interestingly, former AMA supercross and motocross champion David Bailey replied, and in what appeared to be an acknowledgement of the level of the MXGP series and Glenn’s skills, applauded Coldenhoff saying, “Real riding! No Wonder…”👏🏻👏🏻👏🏻

Out here in the dunes putting in some work 🦁 @standinggasgas