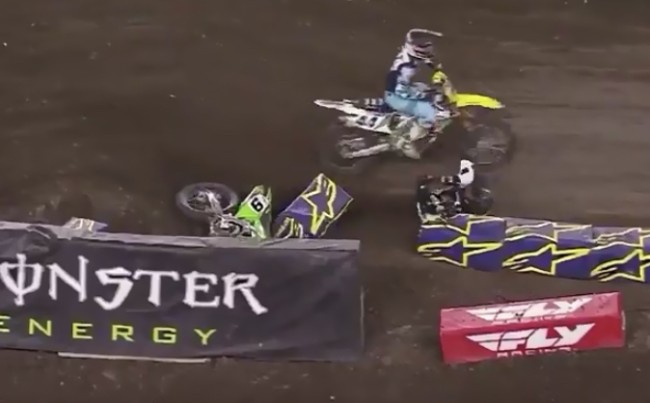 After leading the first half of the race, Adam Cianciarulo was having a very strong night in from of his home fans in Tampa, Florida riding in second behind teammate Eli Tomac until he hit the deck in the in the whoops.

AC had a big lead over third place and looked destined to finish runner-up for the second week in a row but the crash de-railed a good race and the rookie would have to settle for eighth palce overall and now sits fifith in points, 27 back of new points leader, Eli Tomac.

It is the second big crash in the whoops this year for Cianciarulo but this time he was at least able to remount and salvage a top ten.