Video: Canard back for tonight! 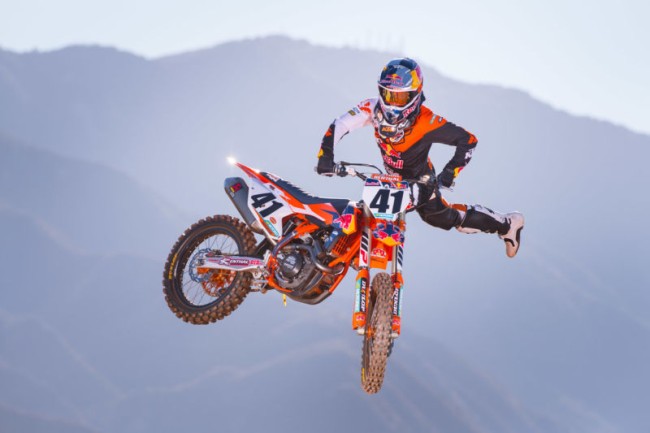 One of the nicest guys in the sport, Trey Canard will race tonight for the first time since his ill-fated KTM debut at A1 where he crashed and injured his shoulder in practice.

You can see what he has to say about return here:

Jeremy Martin is also back in action but admits it was a last minute decision and says he will be going for the win!

Little last minute but I'm very happy to say I'll be racing this weekend at Dallas! Wouldn't have been possible without a great company like @6dhelmets to protect my melon. I will be racing for the win like I always have so all you moto keyboard warriors saying I'm over sx are 1000% wrong!! @fchonda @honda_powersports_us #ridered 📸@air_d617

Unfortunately factory Kawasaki rider Josh Grant won’t be racing this weekend after injury his hand in a crash last week with Grant saying, “probably got another week to let it heal.”