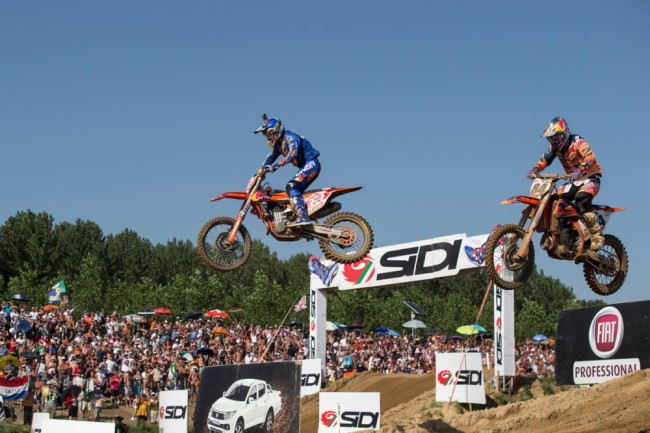 A look back at a sensational battle between Antonio Cairoli and Jeffrey Herlings in the sand and the sweltering heat at a scorching Ottobiano, Italy in 2017!

Cairoli was in control of the championship after Herlings got injured pre-season and, although it took a while for Herlings to get back to top form, they were both showing tremendous speed by the summer but it was Cairoli who came out on top with Herlings suffering from heat exhaustion in race two and needing medical treatment after the moto following a brilliant battle encapsulated brilliantly by this video from MXGP TV!