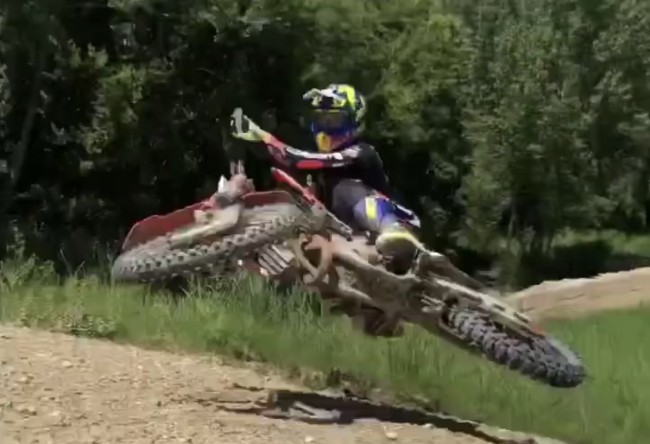 Tony Cairoli is getting some hard pack practice in ahead of the Russian GP this weekend as he bids to halt Tim Gajser’s win streak.

Gajser has won the last four motos in a row and is not only ten points behind Cairoli in the title chase, after the Italian had a terrible second moto in France finishing in 17th after hitting the gate and a further two crashes.

The the championship is once again all to play for and with hard pack being Gajser’s best surface Cairoli is putting the work in to give himself the best chance of hitting back this weekend.