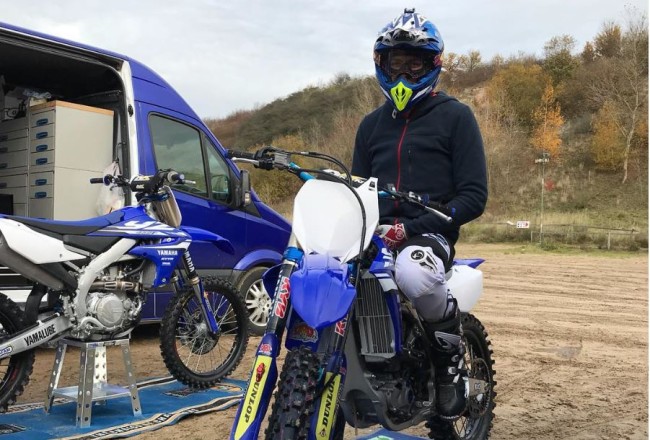 See Britain’s Ben Watson get used to his factory Kemea Yamaha in the deep sand as he puts the hours in in preparation for 2018.

Watson loves the sand and you can see his technique’s really come into play in the long, deep whoops section that would claim most mere mortals!

Fun day in the sand, excited for a beach race this weekend 😬✊🏼