Video: Ben Watson on his big crash – banged myself up! 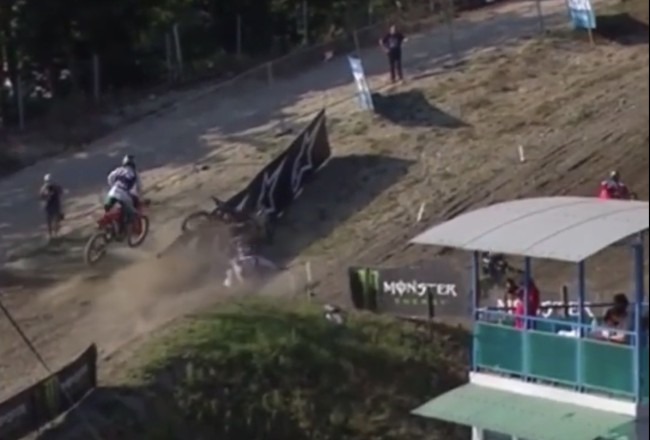 Ben Watson had a scary crash at the Russian GP washing out just before the take off of the finish line jump and getting chucked into the air.

Watson landed hard but says he will race tomorrow even if he won’t be at 100%. “ Banged myself up a bit. Won’t be an easy day tomorrow but I will give everything still!”

Watson had been looking good after a third in the second moto in France and qualifying third quickest in Russia he seemed to get his form back but a bad start and a spectacular get-off mean Watson we’ll have an outside gate as well as some aches and pains tomorrow.