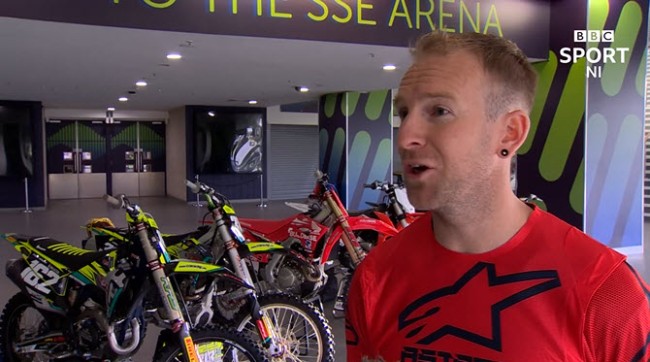 It was announced last week that Martin Barr will be starting up his own team (BRT KTM) again for the 2020 season.

Barr will be straight into racing in January as he’ll contest the Arenacross UK series which gets underway in front of his home crowd at Belfast.

After the Arenacross series, Barr will then focus on the British Championship and MX National series.

The BBC recently caught up with Barr to discuss the Arenacross event – it’s nice to see the mainstream media give the sport some coverage!