Video: Barcia gets landed on in heat race – out of title hunt! 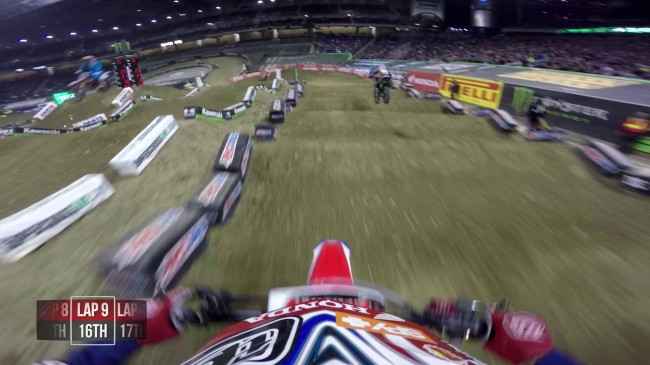 Justin Barcia is out of the supercross title chase after getting landed on in the heat race.

The Yamaha man, who was second in points, was leading but was forced to double the triple after a mistake and with Tyler Bowers already committed, the Kawaskai rider accidentally landed on Barcia’s throttle handing forcing Barcia out on lap one and out of the night after getting a cast on his wrist at the medical centre.

Reports trackside from FS1 say Justin has broken a bone in his hand.