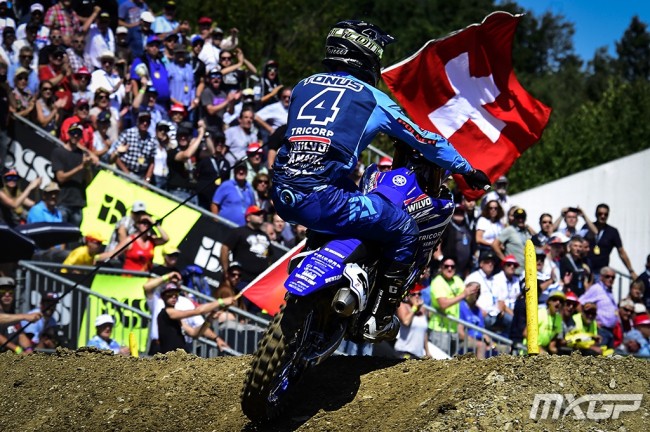 Arnaud Tonus has released footage of the crash that robbed him of a potential podium or even overall victory in his home MXGP and left him with a broken rib.

The talented Swiss experienced the ultimate high of winning his first MXGP by doing it on home turf before the ultimate low of a crash, DNF and broken bone in moto two. Motocross is one tough sport physically and emotionally!