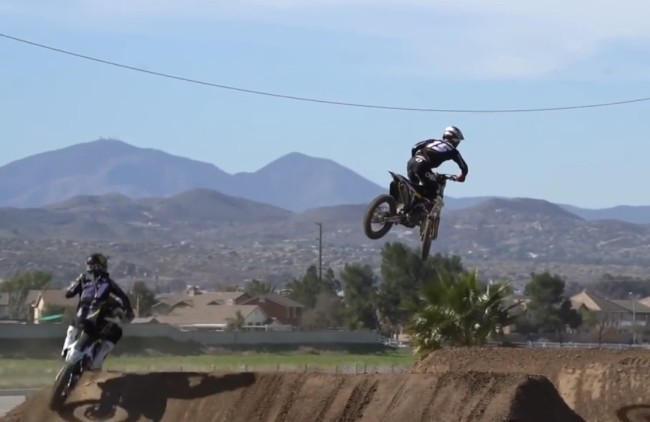 Both Jason Anderson and Dean Wilson are heading to Oakland with good momentum after Anderson secured a podium at Glendale and keeps himself in title contention with a string of top five finishes, sitting fourth in the championsip.

Wilson, with virtually no time to prepare and only two weeks ont he bike after his hip injury, has been steady and shown good speed at times to sit 14th in the championship, not a bad feat with not preparation in a competitive class!

See them prepare for Oakland below courtesy of Swapmoto: