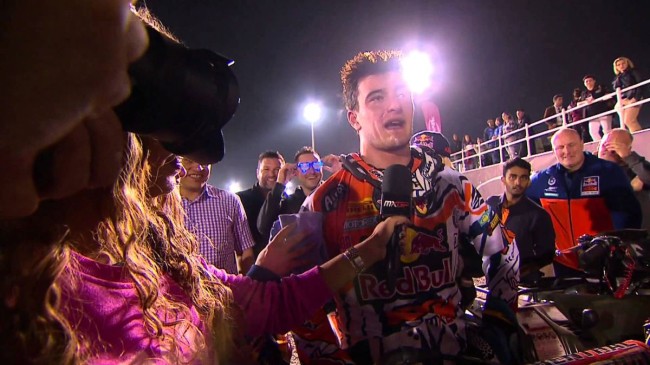 The tears just how much winning means to Jeffrey Herlings and how much he has been through with his broken femur in July 2014.

A lot of people said RV was rusty but Herlings only had two weeks on the bike and still won! It was a pretty incredible achievement for the Dutchman who continues do seemingly do the impossible.

Like him or hate him you can’t deny his desire to win or how much winning means to him.