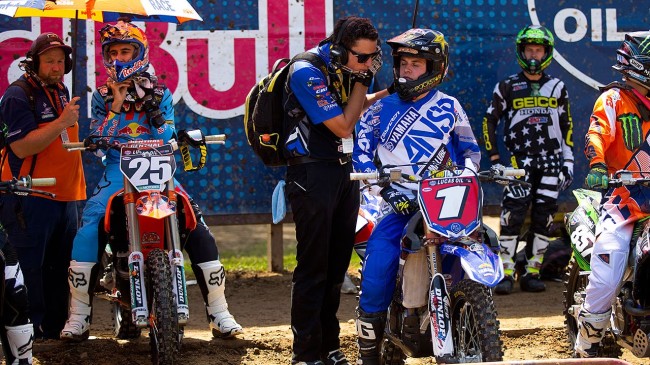 The 250 Class championship battle between Jeremy Martin and Marvin Musquin took center stage at Ironman Raceway as the 2015 Lucas Oil Pro Motocross Championship drew to a close. The final round of the season delivered several twists though, including a devastating turn of events for one title hopeful and a rookie earning his first career win. Also: Ken Roczen tries to snap Ryan Dungey’s winning streak in the 450 Class, and legends of motocross return to the track for a special race.