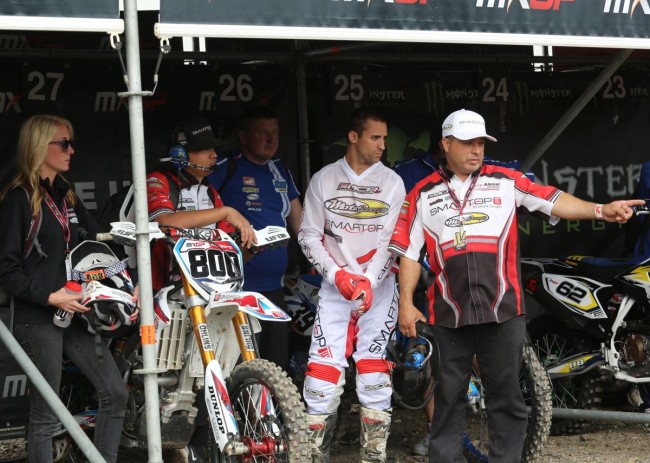 Mike Alessi is no stranger to drama but even in his twilight years he is still making the headlines!

Alessi rammed well-known angry man, Phil Nicoletti, off the track while duelling at the Canadian Nationals sparking a massive drama at the end of the race.

According to Pulp MX’s Steve Matthes, Nicolleti was so mad at the move he went after Alessi after the race, leading to Alessi, in fear, to ride down the track the wrong way and consequently get docked five positions while both team managers (including Mike’s dad, Tony,) got put on probation after the fracas!

Check out the move below: