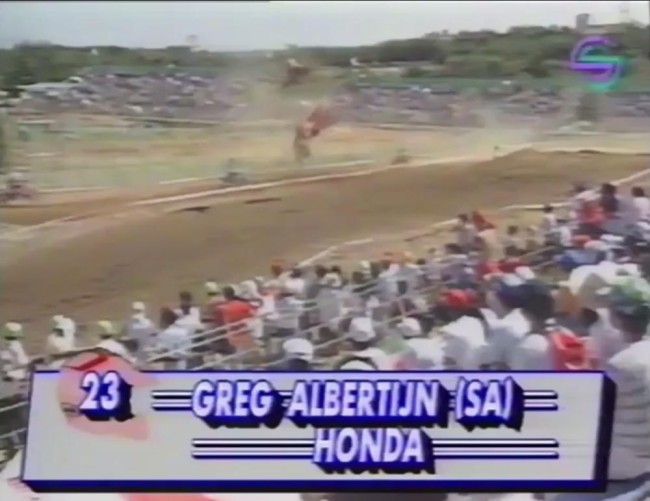 Greg Albertyn had a massive crash while leading the 125 GP in Japan in 1991 as Stefan Everts rode for points to win his first of ten world titles at just 18 years old. Mike Kiedrowski also made an appearance, drafted in by Kawasaki.

You can see more 125 and 250 Japanese GP highlights below – including Everts crossing the line to be crowned world champion and when Stanton helped Parker win the 250 title by beating an angry Healey to both moto wins with Healey losing the title by four points.