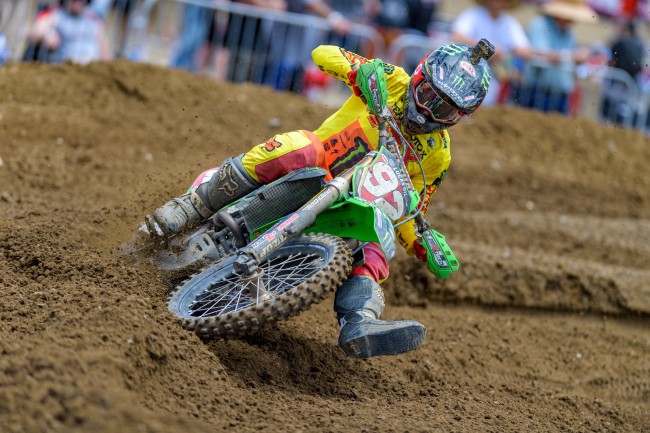 250 Nationals points leader, Adam Cianciarulo, caught up with Motohead’s Adam Duckworth in the States to get his view on several subjects not normally asked by US media, including the prospect of racing MXGP as well as why he feels supercross comes more naturally to him than motocross.

Cianciarulo admits he wants to stay in America because that is where he’s from and race the top guys there in supercross but feels he could win in MXGP if he ever did it.

“Certainly my plan would be to get to the top level of the sport in the United States, preferably, that’s my goal, I’m here, I grew up here. With the supercross and the outdoors I think it’s, I don’t know, it’s one of the premier series in the world, obviously MXGP is very good as well. That would be my plan, to be up there battling with the best guys in the world.”

“Do I believe I am capable of winning at the Grand Prix level? Yes, absolutely,” asserted a confident Cianciarulo before adding, “going over there and riding those tracks and being with those guys, you’ve seen guys go over there recently and it’s tough.

“I think it’s hard to come from there to here, we’ve seen riders come here and struggle, even guys like Marvin, came here and didn’t have success right away but look at him now, he’s one of the best over here, I think that like anything it just takes time but ultimately I think I am capable of doing well over there.”