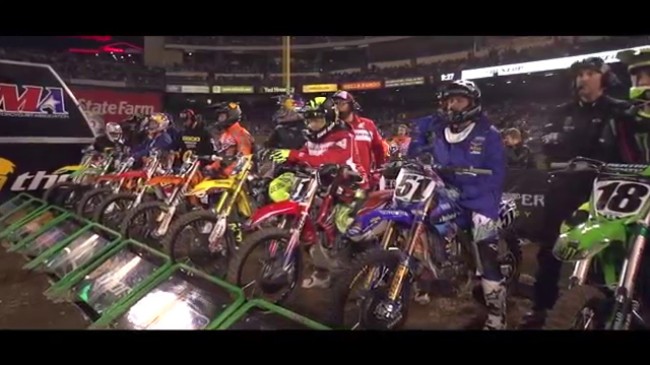 Adam Cianciarulo won moto two ( and the overall) after leader Justin Cooper hit the dirt in race two but the big talking point was Cooper protesting the race result after Adam cut the course when he ran off track ( view at 3m 22seconds).

Cianciarulo re-entered right behind Cooper and then slowed down to give the Star racing Yamaha man a similar lead but Cooper wasn’t happy and appealed the result, so far though he has been thwarted in his attempt to change the result.

“I’m speechless, It’s going to be a long two weeks, the fire is lit under me right now,” said a fuming Cooper.