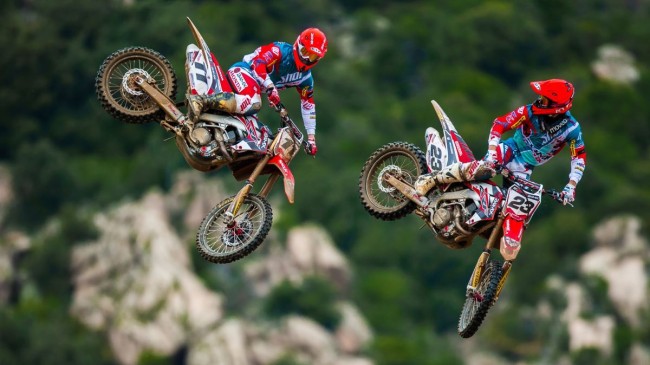 This is a very cool film of the two 24MX Honda team riders, Filip Bengtsson and Christophe Charlier.

Bengtsson opened some eyes in the sand as a privateer last season and his results have got him a full time MXGP ride with 24MX Honda. His teammate is MX2 GP winner Christophe Charlier who was forced to move up due to the age rule, but should suit the 450 better than the 250f anyway.

Both guys could surprise this season but in different races, Bengtsson should excel in the sand and Charlier on the hardpack!