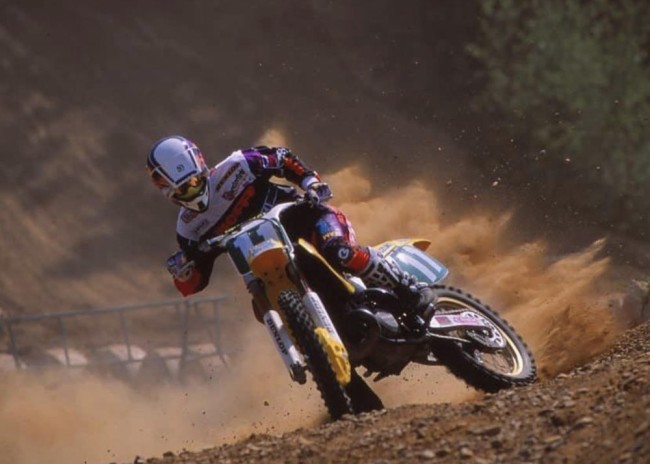 1993 was when the 250s officially became the premier class in the world motocross championship.

Top riders were moving from the 125 and 500 classes to race the 250 Grand Prix series but it was rookie Greg Albertyn, the 92 125 world champ, that proved to the the best in the world that year as rival Everts lamented his poor starts in the three 25 minute motos format.

Everts told us last year: “For ’93 Greg came to the 250 class and we had those three motos and I struggled at times so much with my starts. My bike was not good.”

Albertyn, meanwhile, said on the Whiskey Throttle Show that 93 was the best year of his career: ”The 250s for 93 was the premier class. My gosh 93 was stacked. You had everybody from Trampas Parker, Alex Puzar, Donny Schmit, Stefan Everts, Kurt Nicoll – completely stacked. I loved that bike. That 93 CR250 was phenomenal.

“In my entire career, the 93 season was when I kicked ass, it was amazing. When you are in that sweet spot, you are so confident. It was the best year of my career, the sweetest – on top of the world.”

You can see the action from Lommel and Foxhill below – and see the difference in starts!