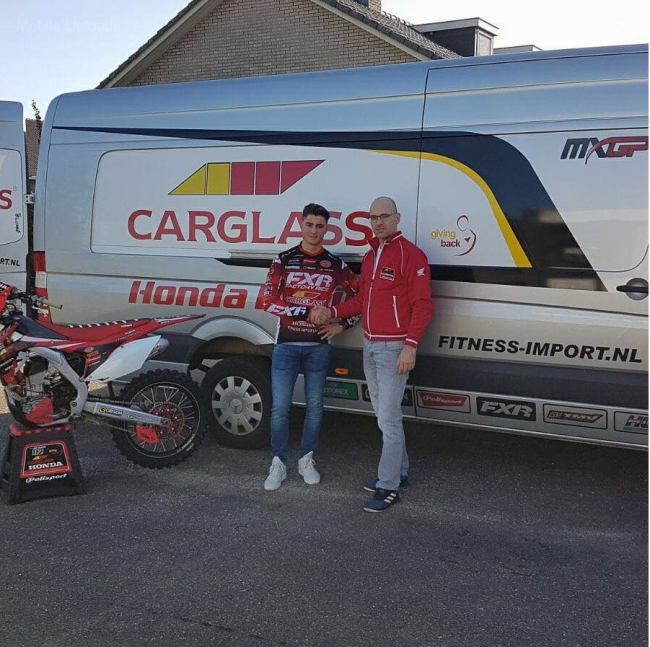 Freek van der Vlist has a new challenge for the 2018 season as he will contest the EMX250 series with the Carglass Honda outfit. The Carglass Honda team were a new team in the paddock this year but had a professional setup and things should only continue to get better, especially with the new 2018 Honda.

The Dutch rider has been contesting the MX2 World Championship series the past two years with Harry Nolte’s Kawasaki team and the Creymert KTM squad. However, he will be competing in the EMX250 once again, a class he has already experienced with HSF Logistics KTM and Kawasaki. This time he will be hoping to put himself in championship contention.

The Carglass team will name their second rider to contest the EMX250 series in due course but we have heard it’s a Brit that has won the series before.

Freek van der Vlist: “The choice to ride with Honda in the EMX250 class is because I think that with my experience in the MX2 World Championship we can get some good results. I want to thank everyone who supports me and also Carglass Honda for this opportunity”.